​What should we know before choosing SMA connectors?

What is the development of SMA connectors?

What is the function of the SMA connector?

The 3.5mm connector is a connector with an inner diameter of the outer conductor of 3.5mm, a characteristic impedance of 50Ω, and a connection mechanism of 1/4-36UNS-2 inch threads. An obvious difference with SMA connectors (including Southwest Microwave's "Super SMA") is that 3.5mm uses an air medium. 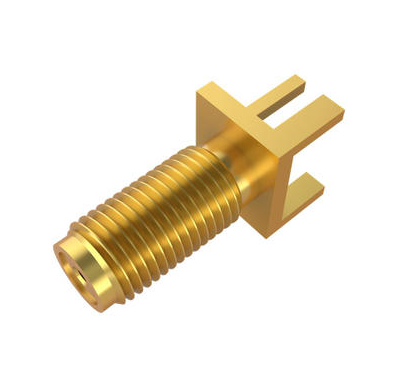 The 2.92mm connector has good electrical performance in the DC～46GHz frequency band and is mechanically compatible with SMA connectors and 3.5mm connectors. It is quickly recognized by the majority of manufacturers and has become the most widely used millimeter-wave in the world. One of the connectors.

The connector with the inner diameter of the outer conductor of 2.4mm and the impedance of 50 ohms is mechanically compatible with the 2.4mm connector, that is, the 1.85mm connector, the inner diameter of the outer conductor is 1.85mm, and the impedance of both is 50 ohms. Their inner diameter is small, so the working frequency is higher, the nominal frequency can reach 50GHz and 67GHz respectively. Remember that they must not be connected to 2.92mm, 3.5mm, or SMA connectors, otherwise, it will directly cause the consequences of connector damage.

What is the development of SMA connectors?

SMA connector is a widely used half-precision ultra-small RF and microwave connector, especially suitable for RF connections in electronic systems with frequencies up to 18 GHz or higher.

SMA connectors come in many forms, male, female, straight, right-angle, partition fittings, etc., so that they can meet most requirements. Its ultra-small size also allows it to be used, even in relatively small electronic devices.

Although it is very mature now, the use of SMA connectors may expand because many new RF systems see their operating frequencies extend well into the microwave region.

What is the function of the SMA connector?

It is commonly used in the GPS interface with a map and the measurement point of the RF module in the wireless device base station.

SMA connectors play a pivotal role in modern network infrastructure. The correct selection and use of SMA connectors can help achieve better production. LenoRF has been a Chinese pioneer in RF connectors production for several years. They can provide the best SMA connectors you need. At the same time, their after-sales service is also very considerate.